Anemia iron deficiency is the most common type of anemia, which may affect newborns and adults. It is also called martial anemia. It is a condition in which the body does not have adequate levels of iron and this impairs the transport of oxygen through the blood causing, among other things, tiredness and shortness of breath. 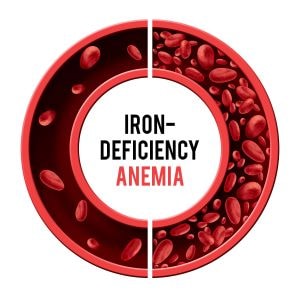 What is iron deficiency anemia?

Iron is a fundamental mineral for some biological functions, including the formation of hemoglobin. When there is a lack of iron, caused by a poor intake with food, by problems in absorption, by blood loss, the production of hemoglobin is insufficient and this causes a poor circulation of oxygen through the body. It affects all age groups, mainly children, adolescents, women of childbearing age, pregnant and breastfeeding.

What are the causes of iron deficiency anemia?

Iron deficiency anemia occurs when the body does not have sufficient iron levels to produce hemoglobin. Hemoglobin is a protein found in red blood cells that binds to oxygen and carries it through the blood to power muscles, tissues and organs. The causes of a lack of iron can be different:

What are the symptoms of iron deficiency anemia?

The symptoms of an iron deficiency anemia change over time. Initially they may be mild, because the body supplies itself from the iron deposits present in the form of ferritin. As the deficiency continues, symptoms intensify and can occur: 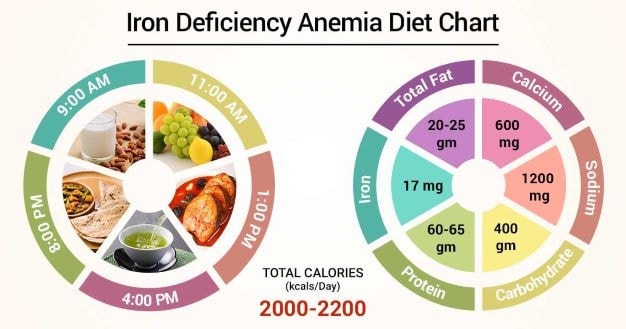 How to prevent iron deficiency anemia?

Prevention is very important to avoid iron deficiency anemia. A varied diet should be followed, including iron-rich foods such as red meat, pork, green leafy vegetables, nuts, chicken, seafood, beans. These foods can be accompanied by foods with a high content of vitamin C that improve iron absorption. Particular attention should be paid to children, pregnant and breastfeeding women.