Anemia in chronic diseases is a multifactorial anemia. Diagnosis generally requires the presence of a chronic inflammatory condition, such as infection, autoimmune disease, kidney disease, or cancer. It is characterized by microcytic or normocytic anemia and a low number of reticulocytes. Serum iron and transferrin values are generally low compared to normal values, while serum ferritin values can be normal or elevated. Treatment consists of reversing the underlying disorder and, in some cases, administering erythropoietin.

Anemia in chronic diseases is the second most common form of anemia in the world, more common, even from anemia in newborns. In the beginning, the red blood cells are normocytic; over time they become microcytic. The main problem is that erythropoiesis is limited due to inappropriate iron sequestration.

Chronic disease anemia, unlike iron deficiency anemia, occurs in chronic inflammatory diseases, most often chronic infections, autoimmune diseases (especially rheumatoid arthritis), kidney disease, or cancer; however, the same process appears to arise in practice during any infection or inflammation, including trauma or post-surgery.

Three pathophysiological mechanisms have been identified:

Slightly reduced red blood cell survival, which is thought to be due to increased hemophagocytosis by macrophages, occurs in patients with inflammatory diseases.

Erythropoiesis is insufficient as a consequence of both the reduced synthesis of erythropoietin and the reduced bone marrow response to erythropoietin. The metabolism of iron is impaired due to an increase in hepcidin, which inhibits the absorption and recycling of iron, leading to the sequestration of iron. The reticulo-endothelial cells sequester the iron that comes from aging red blood cells, making it no longer available for hemoglobin synthesis.

There is therefore the impossibility of correcting anemia by increasing the production of red blood cells. Cytokines produced by macrophages (eg, interleukin-1-beta, TNF-alpha, interferon-beta ) in patients with infections, inflammatory states, and tumors result in or contribute to decreased erythropoietin production and impaired metabolism of iron by increasing hepatic synthesis of hepcidin.

Symptoms of the underlying disease

Clinical signs in chronic disease anemia are usually those of the underlying disorder (infection, inflammation, cancer). Chronic inflammation anemia should be suspected in patients with microcytic or normocytic anemia who also have chronic disease, infection, inflammation or cancer. If chronic inflammatory anemia is suspected, serum iron, transferrin, reticulocyte count and serum ferritin should be measured. Hb is usually > 8 g / dL (> 80 g / L) unless an additional mechanism contributes to the anemia, such as concomitant iron deficiency or iatrogenic phlebotomy.

Treatment of the underlying disease

Treatment of chronic disease anemia requires treatment of the underlying pathology. Since the anemia is usually moderate, transfusions are generally not necessary. The therapeutic revolution is in rise last years. 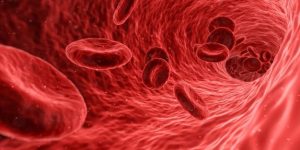 Almost any chronic infection, inflammation or cancer can cause anemia, hemoglobin is usually > 8 g / dL (> 80 g / L) unless an additional mechanism contributes. Multiple factors are involved, including:

Anemia is initially normocytic and then can become microcytic. Serum iron and transferrin are typically decreased, while ferritin is normal or increased. Treat underlying disease and consider recombinant erythropoietin.